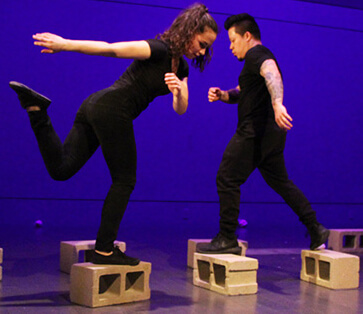 Sokeo Ros, creator/performer of last summer’s hit FROM REFUGEE CAMP TO PROJECT, returns with the entire Everett Company to perform FREEDOM PROJECT, a multimedia physical theater piece that interweaves gripping personal stories, evocative imagery, and athletic choreography in an examination of mass incarceration in America. With material drawn from extensive research, as well as personal experience, Everett Company call upon our common humanity to challenge the conditions that have transformed the “Land of the Free” into the most incarcerating country in the world.

Each performance will be followed by a FREEDOM CAFÉ, an enhanced version of the usual KoFest post-show, featuring speakers, performance and discussion about the current mass incarceration crisis.

Friday night’s FREEDOM CAFÉ featured speaker will be local activist Lois Ahrens, who founded the “Real Costs of Prison project in 2000.”
Saturday will feature Will MacAdams talking about a project he did with the New Haven Police Academy when it was under the leadership of Kay Codish, the only female police academy head at the time, and her requirement that cadets work with arts-based strategies in order to “demilitarize” the police training program.
Sunday’s featured speaker will be Robin Cullen from the Judy Dworin Performance Project, (Meditations from a Garden Seat at Ko in 2013) and their  Bridging Boundaries Arts Intervention Program couples arts intervention with social work, to bridge the forced separations of populations affected by incarceration.

Funded in part by the Expeditions program of the New England Foundation for the Arts, made

possible with funding from the National Endowment for the Arts, with additional support from the six New England state arts agencies. 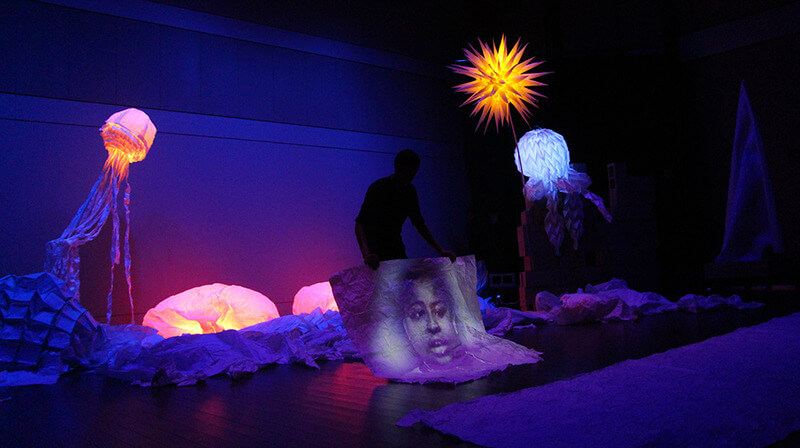 Since 1986, the Providence-based Everett Company has been devising multidisciplinary theater works that tour nationally.  Several of their pieces have received critical acclaim in major publications such as the New York Times, who singled out Everett’s Home Movies as a performance highlight for 2004. Another piece, Body of Work, was awarded a Bessie, the New York Dance and Performance Award.

Since 1990, Everett has run a school out of their Carriage House rehearsal and performance space that offers free dance and theatre classes to low-income youth.  Many students who have grown up through the school have gone on to join Everett’s professional touring company. 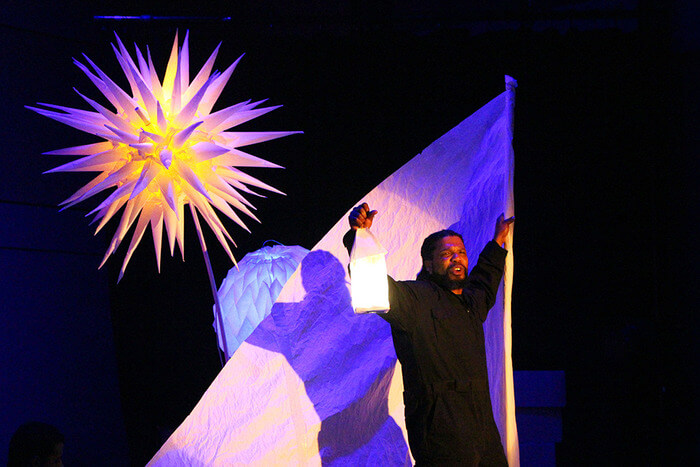 Everett’s productions have toured to such prestigious sites as, Jacob’s Pillow Dance Festival, The Spoleto Festival (Charleston, SC), Lincoln Center Out of Doors (NYC), Central Park Summer Stage (NYC), The American Repertory Theater, The Skirbal Cultural Center (LA), The Walker Arts Center (Minneapolis), The Wexner Center for the Arts (Columbus, OH),  and The Flynn Theater (Burlington, VT). Freedom Project was most recently performed at Trinity Rep in Providence, RI and at The Yard in Martha’s Vineyard.

Aaron Jungels is a Co-Founder and Co-Artistic/Executive director of Everett:Company, Stage andSchool (1986). After graduating from the Rhode Island School of Design in Film and Video Studies, and from the Trinity Repertory Conservatory in Theater, Aaron began integrating his interests through the development of multimedia dance theater performances with Everett. Aaron collaborated with his autistic nephew to develop the performance pieces, Silas (2003) and Silas the Teenager (2009). He collaborated with his mother and Everett co-founder Dorothy Jungels in the development of Everett’s other productions, including Brain Storm (2012), a work that explored neural function, the loci of memory and emotion, and the bodily basis of self. Everett’s Body of Work (1996) received a Bessie – New York’s dance and performance award. Most recently he directed Freedom Project, which examines issues related to mass incarceration in America.

For the past four years Aaron has been supervising Performing Arts Residencies through the Massachusetts Department of Youth Services, a program he designed for youth in custody that uses writing, theater, hip hop dance, and comedy improvisation to develop social and emotional intelligence and leadership skills. Aaron and Dorothy have designed educational programs around science and art, emotional intelligence, and conflict resolution that are performed in schools throughout New England. The Police/Youth Initiative a recent collaboration between Everett and the Providence Police Department is examining ways to improve relationships between youth and police in order to reduce conflicts. He created the video for last summer’s FROM REFUGEE CAMP TO PROJECT.

Sokeo Ros was born in a Cambodian refugee camp in Thailand, arriving in the United States at the age of three. He completed his B.S. degree from Charter Oak State College in 2014. Sokeo is the Director of the Everett hip hop dance program and Director of the hip hop dance troupe, Case Closed!, which he founded in 2004. He teaches hip hop dance classes at Everett School and is a member of the Friday Night Live comedy improv troupe that performs weekly at Everett Stage. He founded and hosts Open Stage, a monthly showcase for community artists.

Sokeo has been a member of Everett Company 1999.  He a teaching artist during a two-year Everett residency at Crotched Mountain Rehabilitation Center, a facility for people with brain injuries and students with disabilities in Greenfield, NH. For the past four years. Sokeo has been conducting Performing Arts Residencies for youth in custody through the Massachusetts Department of Youth Services. These programs culminate in performances built upon the youth’s own stories, utilizing their creative writing, theater, hip hop dance, and comedy improvisation.

In 2007, 2013, and 2014, Sokeo received Rhode Island State Council on the Arts project grants. The most recent awards enabled him to develop, From Refugee Camp to Project, a one-man show about his life story, which premiered at the Ko Festival of Performance last summer, and is currently touring. After his performances at Ko, Sokeo was awarded the New England Foundation for the Arts Rebecca Blunk Award.

Christopher Johnson is an acclaimed spoken word artist and poet. He has been on many National Poetry Slam teams, most recently winning the 2013 Providence Poetry Grand Slam and the 2013 NorthBEAST Poetry Slam. He organizes spoken word events and gives workshops on writing, performing, and public speaking for youth and adults. He is a member of Brown University’s student spoken word organization, Word!. His poetry has been commissioned by Providence’s Department of Art, Culture + Tourism and Brown University.

Grace Bevilacqua performs comedy improv each week in Everett’s Friday Night Live, and teaches Story Ballet at Everett School. She was featured in the documentary Mama’s Girls and in the movie, Cross Over Blues. Grace performed in Everett’s Silas, Silas the Teenager, and The Smiling Lady. In 2010, she joined Everett Company as a creator/performer in Brain Storm and is currently performing in Freedom Project.

James Monteiro grew up right across the street from Everett. As a young boy, James made movies with his friends at Everett. A recent Year Up graduate, James is now an accomplished Parkour artist, and a wonderful new addition to the Everett Company.

Laura Colella is a Providence-based filmmaker who has written and directed three feature films (most recently BREAKFAST WITH CURTIS), several shorts, and plays. She currently teaches at Brown and serves as Faculty Chair of the Vermont College of Fine Arts MFA in Film program. She has been working with Everett since 1995.

WHAT AUDIENCES ARE SAYING

“Unbelievable. One of the most moving, gripping performances I’ve ever seen. They did a phenomenal job telling the stories of people in our community with such humanity… If you haven’t seen it yet, go see it and spread the word. You do not want to miss it.” – Rebecca Nieves-McGoldrick, Protect Families First

“I was so impressed with the whole experience! By the actors who were just amazing, every one of them… They reached deep. And yet, as harsh and painful as some stories are, it was not bitter, but showed how people can heal if given a chance.” – Toby Ayers, PhD, Executive Director Rhode Island for Community & Justice

“A brilliantly constructed series of heart-wrenching stories, beautiful movement, and imagery. It is impossible to attend and not to be deeply touched by the FREEDOM PROJECT. I could feel the entire audience drawn in and know that I am not the only one who will continue to reflect on what I experienced and its profound impact. Thank you Everett.”
– Ann-Marie Reddy, Director of the Annual Fund, Johnson & Wales University