DYNAMIC SPACE/POETIC OBJECT: The Intersection of Theater Design and Installation

Participants will embrace the dynamic energy of these forms, as they collaborate to expressively transform the spaces that will be used by the Ko Festival for the opening weekend of eclectic performances celebrating 25 years of innovative work. 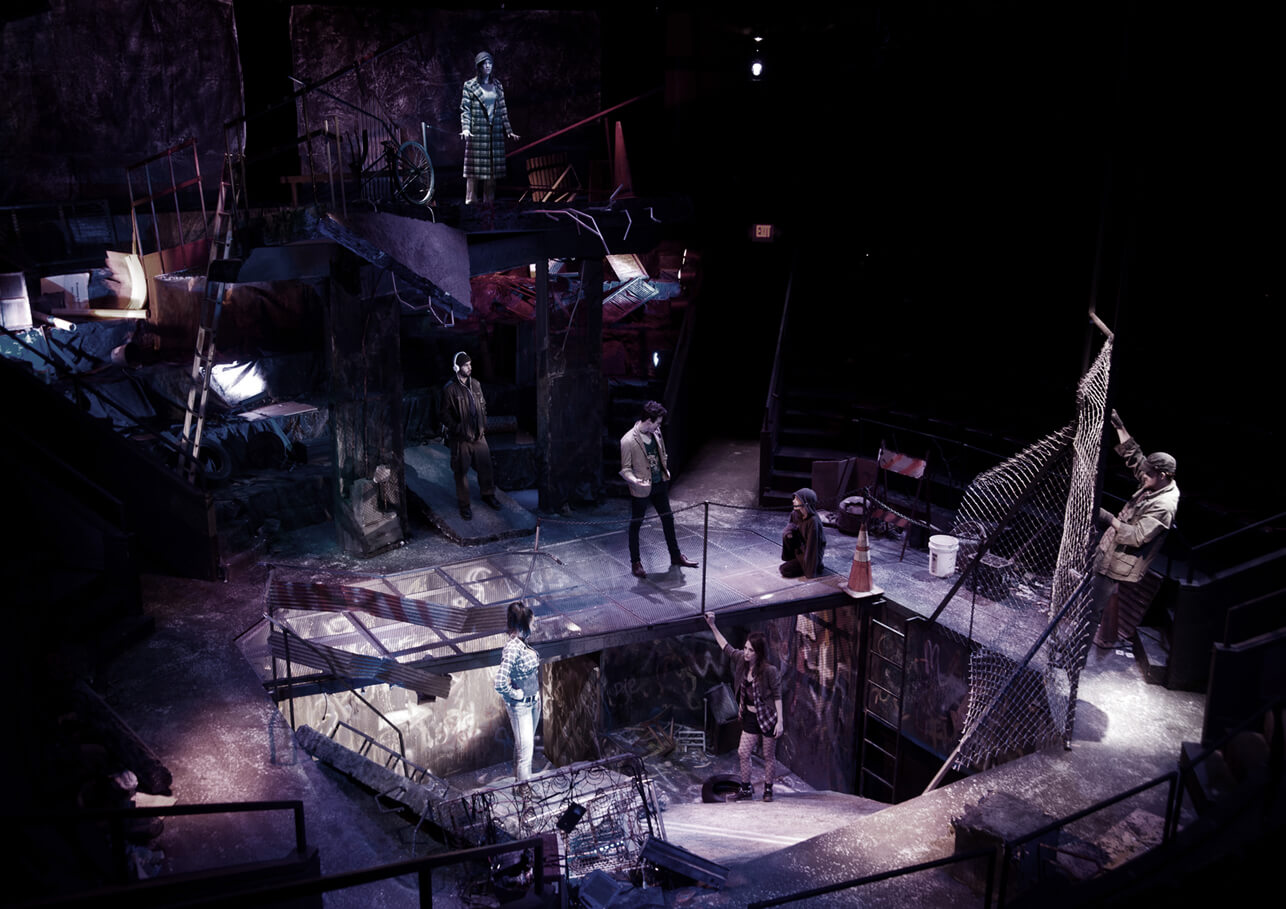 Nic Ularu is an internationally known designer and theatre artist. He is a recipient of an OBIE award for outstanding achievement in Off-Broadway theater in New York (2003), the Grand Prix of the Slavija International Theatre Festival, Belgrade, Serbia (2013) and the Scenography Prize of the Union of Fine Arts of Romania (1992). He has extensive scenography credits in USA and Europe, including theatres in Sweden, UK, Northern Ireland and Romania. Besides his national and international scenography activity, Nic Ularu is a playwright and director. His recent freelance work as playwright and director includes several acclaimed productions at LaMaMa ETC – New York, Teatrul Foarte Mic, National Theatre of Constanta – Romania, National Theatre of Iasi and National Theatre of Cluj in Romania and Sweden’s “O” Teatret.

Nic Ularu was the head of scenography at the National Theatre of Bucharest – Romania, and served for four years as a board member of the European League of the Institutes of the Arts (ELIA). He has taught scene and/or costume design in Romania, Germany, Sweden, UK, Italy, Denmark and Hong Kong.  He is currently a Professor of Theater at the Department of Theater and Dance of the University of South Carolina. Prior to USC he taught at Smith College, the National Theatre School of Denmark and the University of Theatre and Film, Romania. Ularu’s designs have appeared in the USA national entries at the Prague Quadrennial International Exhibitions of scenography in 2007, 2003 and 1998, and in 2007 he was appointed by United States Institute of Theatre Technology as the leading designer and curator for the USA National Exhibit at the Prague Quadrennial International Exhibition.

This workshop will be Nic’s 4th project at the Ko Festival. In 1997 he taught a workshop on creating costumes from non-traditional and found materials, and was the scenographer for the UniArt Theatre of Romania’s production of Horses at A Window. He returned the following year with premiere his production of The Switch, based on the writings of Daniil Harms and Franz Kafka which just had it’s Romanian premiere in 2015.

Workshops are geared for participants of all levels of experience, whose ages have run from 18-85. Workshops will meet from 10 am – 4 pm, Monday through Saturday, in Studio II of Webster Hall on the Amherst College campus in Amherst, MA.

This workshop costs $200.  NOTE: Contact us to apply for limited pool of financial aid, or for discounts for ATHE, NET (Network of Ensemble Theaters) members or staff/artists from TCG member theatres.

Optional room and board are available on the Amherst College campus for an additional fee.  Workshop housing is $231, for a single with a shared bath in an Amherst College dorm. Studios, theatre, dining commons and dorms are all within walking distance. A meal ticket for the Dining Commons (healthy food, much of it local) is $245.

TO REGISTER IF PAYING BY CHECK:

STEP 1: Click Workshop-Regstration-form-2016rev to download the registration form in MS-WORD.  Click Workshop-Regstration-form-2016rev to download it as a PDF. ALL WORKSHOP STUDENTS PAYING BY CHECK MUST SUBMIT THIS FORM either via email or by post.
STEP 2. Print out your registration form and make your deposit check out to Ko Theater Works. Mail them to The Ko Festival of Performance 498 South Gulf Road Belchertown, MA 01007
Questions? For further information email us or call (413) 427-6147.
Go to Top