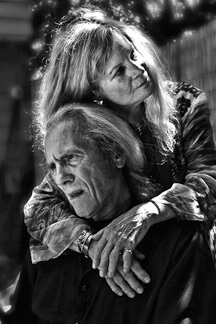 CO-CREATION: 50 Years in the Making

Please note that Bishop & Fuller will be teaching a workshop while they are here.
Read More about the workshop… 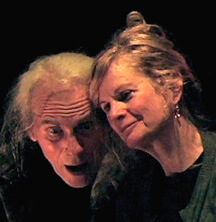 Over the course of fifty years, Bishop & Fuller  have walked the long road of theatre, collaborating as performers, playwrights, producers, puppeteers, and life partners in bringing hundreds of stories to thousands of audiences. Now they tackle their own story- a chronicle of play-making, parenting, uprootings, successes and failures, polyamory, spiritual quests, strict accounting practices, dancing naked around bonfires, and perpetual improvisation.

In this dramatic chamber performance, these master performers will do readings from their autobiographical book: CO-CREATION: Fifty Years in the Making, telling their stories of making a life and a living on the outer fringes of theatre.  And along the way, they will perform three dramatic tales of love, loss, aging and change. “Dreamers“ is a frantic litany of desire, from baseball glove to Barbie doll, perfect youth to painkiller.  In Diana’s Gifts, a mid-life dream of a prestigious award dissolves into sanding a rusty fence, then ends in a banquet of riches. And “Peace Negotiations“ chronicles the life crisis of two old ladies at the Burger King.

Their lives have been lived following their calling.  Scroll to the bottom to read some extraordinary testaments to their work from previous KoFest artists. 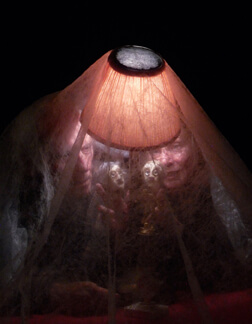 About THE INDEPENDENT EYE:

After training at Northwestern and Stanford and five years of university teaching, Conrad Bishop and Elizabeth Fuller were co-founders of Milwaukee’s Theatre X, which went on to achieve international recognition for four decades. They hived off in 1974 form The Independent Eye, touring throughout the US with original work ranging from grim realism to story-theatre to Shakespearean puppetry.  They have done master classes and residencies at hundreds of colleges and theatres, including collaborative creations with Touchstone Theatre, Bloomsburg Theatre Ensemble, Berkeley’s Shotgun Players, Boston’s Company One, and many others.

Their plays have included Full Hookup and Smitty’s News at Actors Theatre of Louisville’s Humana Festival; Okiboji and Mine Alone at Denver Center; Long Shadow at Barter Theatre; Medea/Sacrament at CSC Repertory; Rash Acts and The Shadow Saver at Theater for the New City; Carrier and Mating Cries at Theater of the First Amendment; and many other stages.  They were twice recipients of Playwriting Fellowships from the National Endowment for the Arts. 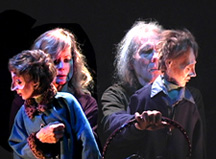 Bishop has directed over 100 productions, including freelance direction for Actors Theatre of Louisville, Pittsburgh’s City Theatre, Theater of the First Amendment, Jean Cocteau Repertory, and others.  Fuller is also a composer with more than 50 theatre scores to her credit and was twice recipient of Philadelphia’s Barrymore Award for theatre music and sound design.  Together, they wrote, produced and hosted four public radio series heard on more than 100 stations nationwide and are three-time recipients of awards from the National Federation of Community Broadcasters.

During the past five years, their focus has been on adult puppetry, creating productions of The Tempest, Frankenstein, Descent of the Goddess Inanna, and many short pieces.  Currently they are preparing a two-actor, thirty-puppet staging of Shakespeare’s King Lear. 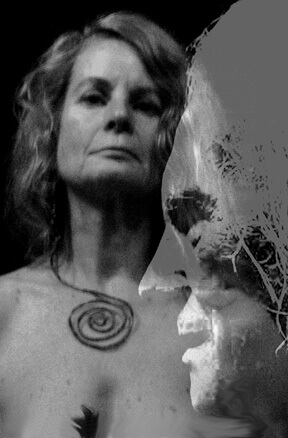 “A series of highly premeditated acts of imagination and intelligence.” – American Theatre

“Encountering their work was like opening the door to what was supposed to be a broom closet only to discover a brilliantly lit, well stocked art gallery. -TheaterWeek 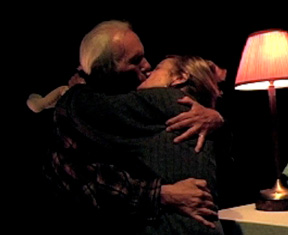 th have spent their lives together the way that few do: in constant creative collaboration. There is a lifetime of artistic wisdom here from artists who have followed their Muses, and each other, into the deep forest every single day of their lives. — Whit Maclaughlin, founding artistic director, New Paradise Laboratories

These two are among the most odd, fascinating humans I have ever met. They are actors, artists, composers, writers, puppeteers, parents, pagans, super-smart, sexy beasts with the collected wisdom of years refusing to live by the rules.  The story of their co-creation is bound to be not only a good read, but will no doubt have a lot to say about collaboration, ensemble, persistence, and living by what you believe in. — Joan Schirle, Founding Artistic Director, Dell’Arte International

Conrad and Elizabeth’s Gifts shows the mastery of more than five decades of exploration, of work together, of storytelling, puppetry, and theatrical flights of rich imagination. – Gerard Stropnicky, Co-founder, Bloomsburg Theatre Ensemble

These guys are … words fail.  After watching their work grow from them like fruit from a single tree, this is certainly the sweetest to my taste: Gifts.  They have always led with language, sharp shards of cutting humor and honesty, but now more than ever, those poetic strokes have found their way into a simplicity of form, a directness of intention, a perfect expression.  Still, more than the extraordinary craft and compassion they bring to this work, what it is as it unfolds in the space is the greatest gift and ultimate meaning of the experience – art that breathes and lives as human and organic, voice of the very soul of these two profoundly beautiful hearts to us, warning, calling, remembering, celebrating.  A signaling from the flames that only art can carry. — William George, Co-founder, Touchstone Theatre

You two have what most people want, a lasting love within a family unit where you break all the rules, make your own and co-create your art and lives together. – Betty Dodson, sex educator, author of Sex for One