KO Theater Works, inc. was made to: 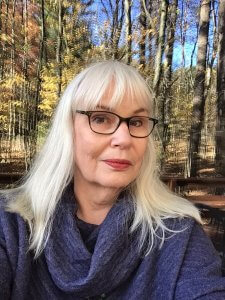 SABRINA HAMILTON co-founded and is the Artistic Director of the Ko Festival of Performance in Amherst, MA. For many years she worked with the New York theatre company Mabou Mines as Lighting Designer, Production Manager, Stage Manager, Performer, and Assistant Director. Other credits include work at the New York Shakespeare Festival, the Goodman Theatre, the Mark Taper Forum and 6 years as Route Lighting Designer for New York’s Village Halloween Parade under the direction of Ralph Lee. International lighting credits include work in Berlin, Bologna, Florence, Milan, London, Grenada, Geneva, Paris, Rio de Janeiro, Amsterdam, Brussels, Cardiff, Edinburgh, Hong Kong, at the Bristol Old Vic, the Theatre Academy in Tampere, Finland, and at the International Theatre Festival in Havana, Cuba. She has spent much of the past several years touring with Sandglass Theater. as the lighting designer for their production of D-GENERATION: An Exaltation of Larks, the show that closed Ko’s season on “Age & Aging.”   In addition to her theater lighting, she has had extensive experience as a lighting designer for dance/movement theatre, working with many choreographers including Sarah Zehender, Tatiana Desardouin, Kirstie Simpson, Laurie Booth,  Alan Franco, Darrell Grand Moultrie, Jennifer Pollins, Monica Bill Barnes, and David Dorfman, Quest Visual Theatre and Beau Jeste Moving Theatre.

Sabrina’s directing work, primarily original pieces, has been seen in New York, Berlin and throughout New England. She directed CRAVINGS: Songs of Hunger and Satisfaction, that premiered at the 2008 Ko Festival and then went on on to a three-week, sold-out run at the Central Square Theatre in Cambridge, MA, where it garnered a  nomination for an IRNE Award.  It then continued on to tour throughout the US. Other directing  credits include working with Laurie McCants, winner of  a prestigious Fox Fellowship to create her first solo piece, INDUSTRIOUS ANGELS, that also had its premiere performances at Ko.

Hamilton has served on the Editorial Board of Theatre Topics. She was also on the Lighting Commission of the United States Institute for Theatre Technology (USITT), for whom she headed their Portfolio Review program. She also served as USITT’s  international representative to the Lighting Design Working Group of OISTAT, the international parent body of USITT. In addition, Hamilton has served on a N.E.H. panel, the “New Forms” panel for Pennsylvania Council on the Arts and the NEA/TCG Career Development Program for Designers panel and the “Dramatic Writing” panel for the Massachusetts Cultural Council. She holds a B.A. from Hampshire College and double M.F.A. in Directing and Lighting Design from the UMASS/Amherst. She has been on the faculties of Hampshire, Williams and Trinity Colleges, and Long Island University, and served as the Program Director of the M.F.A. Theatre Program at Towson University for 2006-7. She was the Membership Associate for the Network of Ensemble Theaters and also served for two terms on their Board of  Directors. 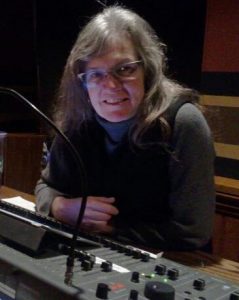 HOLLY GETTINGS is now in her 11th year as a Core Artist at Ko, where she serves as Technical Director. Holly started lighting shows in Boston during the folk revival of the 1980’s. She grew up in northern Massachusetts and studied at Boston University, starting in Community Theater (Reality Theater, Mass. College of Art) and moving into music production and specializing in acoustic (Doc Watson, Greg Brown, Nanci Griffith), jazz (Dave Brubeck, Pat Metheney), opera, ballet and vintage rock shows. She has toured with both music and dance programs (Joan Baez, Opera New England, Phil Coulter), and has designed at most of the major venues in the Boston area, as well as Carnegie Hall in New York, Chicago, the Count Basie in Red Bank, New Jersey, and other venues in Connecticut, and Ohio. She has been technical Director for the Cambridge River Festival since 1990, and works extensively at Harvard University.

In addition to her stage work, she is a passionate landscape photographer working in traditional darkroom practices as well as being an expert in the Adobe Creative Suite.’ 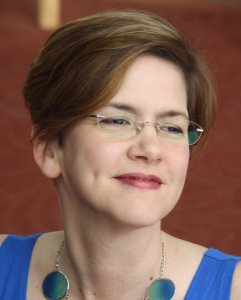 Dr. CARRIE J. COLE is an assistant professor of integrative theatre studies in the Department of Theater and Dance at Indiana University of Pennsylvania. After receiving her PhD from the University of Maryland in Theatre and Performance Studies with a focus on turn of the twentieth century American theatre and performance, she shifted her focus to the turn of the twenty-first century. Her scholarship now focuses on current and future trends in US theatre, performance and popular culture, (specifically staging science fiction and the fantastic).

As a theatre artist, Dr. Cole recently directed Sarah Delappe’s The Wolves. She also devised and directed a production titled Electriad, which explored the repercussions of war from the perspective of the warrior, the home front, and the displaced/refugee. Other projects include directing Lauren Gunderson’s I and You and Ray Bradbury’s adaptation of his own Fahrenheit 451. As an advocate for new plays, Dr. Cole regularly produces and directs “Flash Play Festivals”—readings of ten minute plays written by award-winning authors at both the International Conference of the Fantastic in the Arts and the Other Words Conference. In addition, her own reimagining of H. G. Wells’ War of the Worlds, which reflected the current exploration of Mars, was staged as part of the Tucson Festival of Books by Arizona Theatre Company.

Dr. Cole has presented her scholarship at US and international conferences, including Stage the Future, The International Conference of the Fantastic in the Arts, Science Fiction Research Association, The Network of Ensemble Theatres, and The Association of Theatre in Higher Education where she is currently the Dramaturgy Focus Group Representative. She is a member of the conference organizing committee for Science Fictions, Popular Cultures in Hawaii. 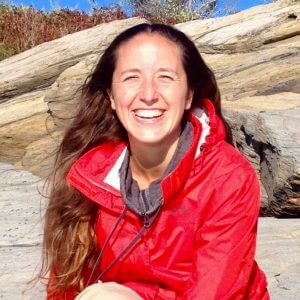 KALI QUINN, a Ko Core Artist, is a theater maker, violinist, educator, mentor, and facilitator of Compassionate Creativity through community dialogue. Her two solo shows about grief and inter-generational dialogue have shown at universities and festivals throughout the country, and most recently she has taught clown, movement and devising at Brown University and Trinity Rep, along with serving as Stateside Faculty for Accademia dell’Arte (Arezzo, Italy).

Kali’s solo show, OVERTURE TO A THURSDAY MORNING appeared in Ko’s 2012 “SECRETS” season, where she has also been a rehearsal residency artist.  In 2016, she appeared in the KO KABARET, and was the featured musical performer during the vote-counting at last summer’s STORY SLAM. She is the creator of many of the interactive art installations featured on the Holden Theater patio area and has taught several highly successful workshops for both the general public and KoFest interns. Her new book, I Am Compassionate Creativity,  is available on Amazon.

Our Board of Directors is made up of people who have decided that Ko plays an important enough part in their lives that they are willing to donate their “time, talent and treasure” in order to ensure Ko’s continued existence. There are many ways to help. WON’T YOU JOIN THEM?

J.M. Sorrell
Justice of the Peace