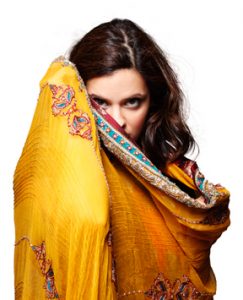 Burq Off! is a project of Paprika Productions 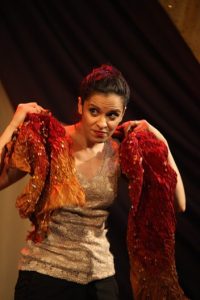 Burq Off!, an autobiographical one-woman show written and performed by Nadia P. Manzoor, is a jaunty tour through madly opposing worlds. The glowing promise of modern London versus the glum realities of a conservative Pakistani Muslim home are punctuated by fierce Bollywood dance moves and at least one blackout drinking incident.

Embodying 21 different characters – a domineering father, soulful mum, saucy English friend and Islamic studies teachers whose interests range from slapping to pornography – Nadia illuminates her conflicted sense of identity while questioning repressive cultural norms. Moving, funny, deeply personal and yet universal, Burq Off! explores what it takes to evolve past the veil.

Click here to visit the Burq Off! website and here to learn more about Nadia’s other work. 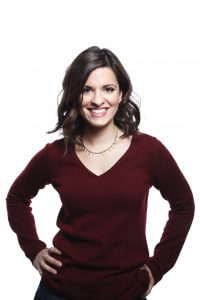 Nadia Parvez Manzoor (Writer/Performer) is an actor, writer and producer. She spent her earlier years in a Pakistani Muslim home in North London, and has since moved from Singapore to Dubai, from Boston to her home base in Brooklyn.

She teaches Improv and was trained at Improvolution, a Groundlings-based Improv School in New York City. She has performed regularly in the all-female Improv troupe Thirteen Degrees at various venues across New York, and has also acted in the Off Broadway play Pompa Pompa! (Theatre Row), where she played an old Cockney mother. In the past year she has created and acted in the web series Shugs and Fats. She is also a talented street dancer, and her skills include Popping, Hip Hop, Bollywood, and Bhangra.

Manzoor graduated from Boston University with an MA in Social Work, where her passion was to merge the arts and social reform. Her one woman show, Burq Off!, is a manifestation of this intention. Her interests lie in asking provocative questions, and in challenging the 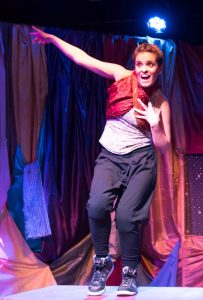 Tara Elliott (Director) is a director, producer, writer and educator, and has been developing and producing Burq Off!! from its ‘works in progress’ showings through it’s recent West Coast and London runs. She is committed to making theater with and for communities that lack opportunities for creative expression and aims to blur the line between performer and audience as often as possible. She has created and directed educational, community, and professional theater in Russia, Italy, France, Chile, Costa Rica, and in various U.S. states. Recent NYC credits include Night, Still (HERE Arts Center), Illiterates (Robert Moss Theater), The Forgotten Life of Egon Schiele (The (Un)Fair), Rise Up Singing: Women in the Labor Movement (Lehman College), New Men (Barrow Group), and Jung Girls (Brooklyn Lyceum). Her work asks questions about the human experience of shame, the cultural experience of sameness and otherness, and the use of power structures such as language, gender, class, race, and belief. www.taraelliott.com

Mitchell Ost  (Scenic Design) has designed shows for Alvin Ailey, Joe’s Pub, The Kitchen, Symphony Space, Kaye Playhouse, New York Fringe Festival, Jenny Wiley Theater, and many other theaters across New York, Chicago, and New England. He recently designed the world premiere of Rhapsody in Swing! at the Beijing National Theater and Black Angels Over Tuskegee at The University of the Virgin Islands. www.mitchellost.com

J.X. Randall  (Sound Design)  is a composer, producer, and multi-instrumentalist based in Brooklyn, educated at UCLA and in Iceland. First brought into theatre work by dramaturg Tom Bryant (Angels in America, The Kentucky Cycle), he has acted as sound designer, composer, or performed live scores for a variety of plays including works by Tom Stoppard, Neil LaBute, and Edward Albee. He tours and records extensively with Brooklyn-based experimental ensembles.

Paprika Productions is a production company whose aim it is to produce authentic, socially relevant theater, film/television, events and workshops that unearth hidden truths, dispute cultural norms and dissolve stigmas. Our work energizes audiences to understand that change is possible, silence can be broken, and shame can be shaken off. 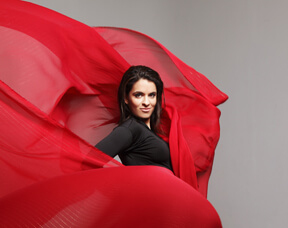 “Resonates deeply right now as the world confronts the brutality of ISIS, especially towards women…and its funny!” — Christiane Amanpour, CNN