WHAT I THOUGHT I KNEW

What I Thought I Knew is adapted from Cohen’s acclaimed memoir — one of Oprah Magazine’s “25 Best Books of Summer” and winner of Elle Lettres Grand Prix for Nonfiction.

Alice is happy for the first time in years. After a difficult divorce, she has a new love in her life, she is raising a beloved adopted daughter, and her career is blossoming. Then, she starts experiencing mysterious symptoms. After months of tests, X-rays, and inconclusive diagnoses, she is sent for an emergency CAT scan that revealed the truth: she is six months pregnant. At age 44, with no prenatal care and no insurance coverage for a high-risk pregnancy, Alice is besieged by opinions from doctors and friends about what is ethical, loving, and right.

What I Thought I Knew is a dark comedy, performed by one actress playing 40 roles. The play grapples with complex issues—including women’s reproductive rights and our country’s healthcare system—in a deeply personal and non-polemical way. A riveting odyssey through doubt, a broken medical system, and the complex terrain of motherhood and parenting, 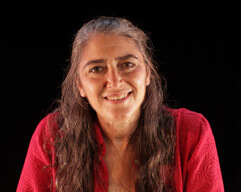 ALICE EVE COHEN (writer and performer) won Elle Magazine’s Grand Prix for Nonfiction, and Oprah Magazine’s 25 Best Books of Summer for her first memoir, WHAT I THOUGHT I KNEW. Her new memoir, THE YEAR MY MOTHER CAME BACK, will be published by Algonquin Books in March, 2015. Alice has toured her solo shows on three continents, from main stage theatres to school cafeterias. Her plays have been produced at NY Theatre Workshop, The New Georges, DTW, Philadelphia Women’s Theatre Festival, U Michigan, The Kitchen Theatre, Tampa Bay Performing Arts Center, and festivals in Ireland, Scotland, Israel and Trinidad. The recipient of fellowships and awards from NYS Council on the Arts and NEA, she has been an artist in residence at VCCA and Voice & Vision Theater’s Envision Retreat. She received her MFA from the New School and her BA from Princeton University. She teaches at The New School.

ELIZABETH MARGID (director) has directed a variety of original, classical, and musical work for, among other venues, the Yale Repertory Theatre, Lincoln Center Directors’ Lab, Berkshire Theatre Festival, New Georges, Hangar Theatre, NYU’s Musical Theatre Program, New Dramatists, and Fordham College at Lincoln Center, where she is the Head of the Directing Program.  She is delighted to be at the Ko Festival with Ms. Cohen’s WHAT I THOUGHT I KNEW, which she originally directed for the All For One Festival at the Cherry Lane Theatre in Fall 2012.  She has also collaborated with Ms. Cohen on her solo work THIN WALLS and children’s theatre piece HANNAH AND THE HOLLOW CHALLAH, which have performed at a variety of venues, including the 78th Street Theatre Lab, Kitchen Theatre, Adirondack Theatre Festival, and the Edinburgh Festival.  In addition to her work as a director, Ms. Margid is the librettist of a music-theatre adaptation of Ray Bradbury’s The Martian Chronicles.  She received an MFA in Directing from the Yale School of Drama and is a two-time recipient of the New York State Council on the Arts’ Artistic Associate Grant. 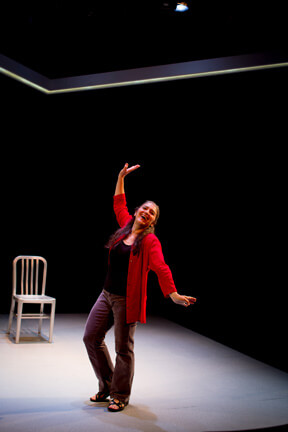 “When the stage is at its most compelling, there is a space opened up between the actors and the audience… Rarest are those occasions when the performer sweeps you up at her first tentative pronouncements and doesn’t release you until sometime after the final applause. Alice Eve Cohen is providing such an occasion in her current one-woman show…So vivid, so immediate, so complex, so full of compassion, so brutally honest is her retelling that it seems all of this is happening in one brief present moment… This is what theater can be. All in one body—speaking, moving, falling still—and an audience, echoing each change.”  — Tompkins Weekly, Ithaca, NY

“‘What I Thought I Knew’ leaves us breathless… Taking effective swipes at the American healthcare system where no one apologizes… Cohen’s onstage work is nearly magical.” —Syracuse Post Standard

“Mordantly funny… Cohen’s genius is to tell the story in a way that makes it stick with you. And it is in reflection, after she has taken her last bow and left the stage, that you discover the pain beneath the humor.” — Ithaca Times

“(With) its emotional variety, as well as the lightning-fast shifts in tone, not to mention the demands it puts on a single performer, What I Thought I Knew is a model for how to do this kind of thing on stage… For telling her own story, from the depths of grief to the heights of absurdity, no one can top Cohen.” — Syracuse New Times

“An unforgettable solo piece… fascinating, layered and disturbing. Before you know it you’re captivated, eager for the next bend in the path… There’s real danger and grief… yet dark humor spurts up like little geysers of absurdity… Astonishing.” – Ithaca Journal

“A sold-out hit at the All For One Theatre Festival…Cohen’s performance is a constant, joyous amazement.”
— Michael Wolk, Exec Director, AFO Festival