This author has not yet filled in any details.
So far sally howland has created 49 blog entries.

Jimmy & Lorraine is a meditation on the American political climate of the late ’50s and early ’60s through the lens of two significant artists of the time, James Baldwin and Lorraine Hansberry…

Tense Vagina: an actual diagnosis is about motherhood- its beauty, challenges, isolation, comedy and influence on the human experience. This hour-long evening-length solo uses humor, movement, sounds, songs, text and audience participation to reveal “all that is awesome and all that sucks” when it comes to being a mother.

KOFEST STORY SLAM Saturday, July 21 at 8pm – One Night Only!

On Tuesday, May 3, we’ll be taking part in

On Tuesday, May 3, we’ll be taking part in

but you don’t have to wait, you can schedule your gift now
by clicking on the logo above to go directly to Ko’s Valley Gives page.

And in truly exciting news – due to a matching grant from our generous Board Member, Connie Congdon, your gift will now be doubled.  But we need YOU to take advantage of this extraordinary show of support!

“In the great variety of summer theater in this region, Ko Theater Works’ five-week festival of performance art is unique. Here alone can we venture beyond the literal, lateral, plot-centered theater into worlds where the only certainty is surprise.” — The Valley Advocate 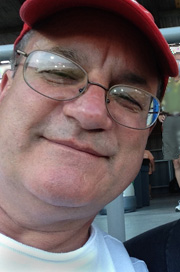 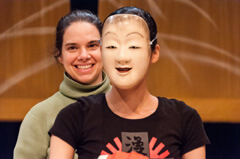 ZEN & THE ART OF PERFORMANCE

This season we looked at experiences of new homes, new lands, —  and perhaps  elicit a revision of what homeland means in a new America. What is the nature of the immigrant experience?  How are newcomers received and perceived – as neighbors, as strangers, or even, as aliens? Thought-provoking and highly entertaining, the following shows were all created by the people who come to Ko to perform them, and their teams of collaborators.

After her hit performances at Ko last summer with YO MISS!, Sloan returns with a kaleidoscopic performance about new immigrants and refugees in Queens, N.Y.  A multimedia vision of the future based on 3 years of oral histories; this is a celebration of resilient, prismatic people — in search of home. (Read more…)

An autobiographical one-woman show about growing up in modern London in a conservative Pakistani Muslim home — 21 characters punctuated by fierce Bollywood dance moves and a choice between a burqa and a bikini. (Read more…)

July 19th at 8 p.m. The Mettawee River Theater Company with OUT OF THE PAST: Celebrating 40 Years of the Mettawee Journey

Our annual favorites invite you to come see many of your favorite characters – out under the stars with live music, movement, masks and exquisite puppets, in an atmosphere full of magic and celebration. For all ages.  (Read more…)

July 24 – 26 Sokeo Ros with FROM REFUGEE CAMP TO PROJECT

A solo show about a young man born to a Cambodian family in a Thai refugee camp in the aftermath of the Khmer Rouge. In America, he finds himself trapped in a ghetto, courted by gangs, surrounded by poverty, violence, and the explosive moods of his traumatized parents. Through hip-hop dance, traditional Khmer dance, storytelling and video, Sokeo shares how self-expression and art have helped him surmount his past and discover the beauty in life.” (Read more…)

July 26 at 8 p.m. KoFEST’S ANNUAL SUMMER STORY SLAM AND PARTY
You’ve heard of poetry slams – competitive poetry events. This is one is for first person, true stories – told live and without notes, 5 minutes or less — and on the theme of “Fish Out of Water.” We’ll have a couple of wild card slots available on the night, so if you’ve got a story to tell… (Read more…)

With unrealistic views of life in the West, and in the face of shrinking audiences and funding cuts, many top Peking Opera performers have elected to leave China to try their luck in the U.S.  On arriving in NYC, the truth they face is stark; it’s not possible to support themselves through their art, the only employment they had known. Told through a blend of Peking Opera, storytelling and contemporary theater techniques. (Read more…)

August 7 – 9 Onawumi Jean Moss with SERIOUSLY…WHAT DID YOU CALL ME?

Noted storyteller and Pioneer Valley resident Onawumi Jean Moss, familiar to many KoFest audience members for her insightful comments in our post-show discussions, brings the season home with her first autobiographical solo, a piece that chronicles her resilient migration through the Jim Crow South, the Civil Rights Movement, the ubiquitous war on poverty and her private struggles of BEING/BECOMING an empowered African American Woman who lifts her voice for justice at home and abroad. (Read more…)

In addition, Cuban-American, multi-disciplinary artist Miguel Romero has created an installation “The World Dances to an Afro-Cuban Rhythm,” that audience members will experience as they arrive at the Holden Theater. He’s collaborating, across the generations, with Marc Friedmun, a PVPA student, who has created the accompanying soundscape. (Read more…)