“CANARY IN A GOLD MINE”
POSTSHOW PANELISTS

Post-show panels will be facilitated by Ko Festival Artistic Director,  Sabrina Hamilton, and include performer Jonathan Mirin, plus these special guests: 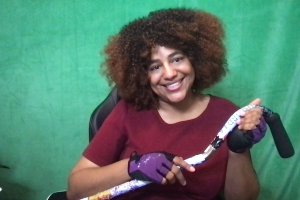 She is on the Board of Network of Ensemble Theatres and  NW Arts Streaming Hub, and on the Advisory Boards of Howlround and the National Theater Project. In addition, she organizes with Unsettling Dramaturgy: Crip and Indigenous Process Design in the Studio. Projects include the MOSAIC SITE, TRAININGS FOR EQUITY, and DIRECTING ELECTRA,  She serves as Founding Executive Producer of the transmedia social justice company CALLING UP. 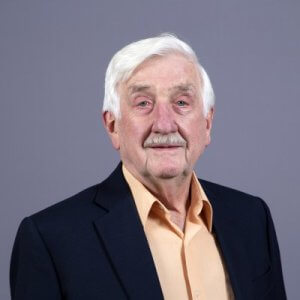 DR. DAVID CARPENTER  is a Professor of Environmental Sciences at SUNY/Albany and public health physician who received his MD degree from Harvard Medical School. His early work focused primarily on basic neurobiology using electrophysiological techniques. This led to more neurotoxicological approaches in study of the mechanisms whereby environmental contaminants cause reductions in IQ and altered behavior in children. After a research position at the National Institute of Mental Health and the Armed Forces Radiobiology Research Institute in Bethesda, Maryland, he was recruited to be the Director of the Wadsworth Center of Laboratories and Research of the New York State Department of Health (NYSDOH). There, he played a major role in the creation of the School of Public Health as a partnership between the SUNY/Albany and the New York State Department of Health, and became the first Dean of the school when it was officially established in 1985. He stepped down as Dean in 1998 and joined the faculty as Professor of Environmental Health Sciences. In 2001, he worked to establish the Institute for Health and the Environment to promote interdisciplinary research activities across the various schools and colleges at the SUNY/Albany. In 2011, the Institute was designated as a Collaborating Centre of the World Health Organization in Environmental Health.  Dr. Carpenter’s research is focused on study of environmental causes of human disease. He has more than 450 peer-review publications and has edited six books. Read more here https://www.albany.edu/sph/faculty/david-o-carpenter 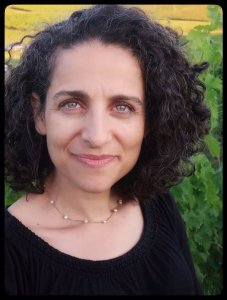 THEODORA SCARATO, MSW is Executive Director of Environmental Health Trust, a scientific think tank that publishes research and educates policymakers on environmental health issues. EHT scientists are among the leading independent voices calling for reducing wireless worldwide. EHT recently won a major federal court case centered on the lack of adequate –review by the US Federal Communications Commission regarding their Radio Frequency Radiation Limits. Scarato directs EHT educational programs, publishes research and coordinates scientific conferences and programs in the US and internationally alongside EHT’s Senior Science Advisors.  Scarato has co-authored several articles on electromagnetic field policy and  is a lead policy analyst and researcher for the EHT database on international actions– the most comprehensive collection of information on policy actions on cell phones and wireless.

Scarato is a regular contributor to radio and news broadcasts and has been featured on NPR, Dr. Nandi, NBC, Fox 5, WJLA and several documentary films. Scarato  has co-founded several organizations both locally and nationally that address environmental health and safety concerns. As a practicing clinical psychotherapist, her two decades of work with children and adolescents includes directing an intensive  special education therapy program in Montgomery County Schools and working a psychotherapist at an ADHD clinic. Her research interests include not only the effects from radiation exposures but also the social emotional effects of technology overuse. Read more about her here https://ehtrust.org/theodora-scarato-msw-biography-and-publications/

She is on the Board of Network of Ensemble Theatres and  NW Arts Streaming Hub, and on the Advisory Boards of Howlround and the National Theater Project. In addition, she organizes with Unsettling Dramaturgy: Crip and Indigenous Process Design in the Studio. Projects include the MOSAIC SITE, TRAININGS FOR EQUITY, and DIRECTING ELECTRA,  She serves as Founding Executive Producer of the transmedia social justice company CALLING UP. 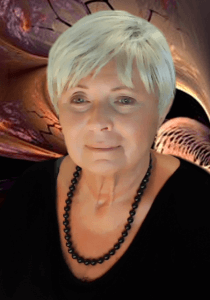 MAGDA HAVAS is Professor Emerita at Trent School of the Environment at Trent University in Peterborough, Canada.  She does research on the biological effects of electromagnetic pollution (www.magdahavas.com)  and on the beneficial effects of electrotherapies (www.theroselab.com). She is also Founder and Coordinator of the Global EMF Monitoring Program that consists of several hundred volunteers who are monitoring radio frequency radiation in their environment as part of a global citizen scientist venture (globalEMF.net) and she is responsible for the Zory Glaser Archive of the early microwave literature (www.zoryglaser.com).

In 1995, Dr. Havas became interested in the biological effects of electromagnetic pollution and now works with people who are suffering with chronic illness, including electrohypersensitivity (EHS), diabetes, multiple sclerosis, chronic fatigue, fibromyalgia, and arthritis as they relate to electrosmog exposure.  Her research involves determining how to diagnose EHS and how to help people with EHS recover.  She also studies the beneficial effects of frequency therapy (pulse electromagnetic fields and light). 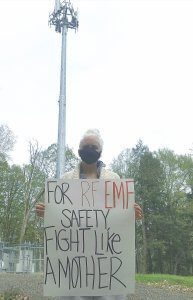 COURTNEY GILARDI  lives in Pittsfield, MA where she is a mom of two young children harmed by wireless radiation when a Verizon cell tower, illegally constructed during the pandemic shutdown, started transmitting in their neighborhood. After seven months of headaches, nausea, dizziness, skin rashes, insomnia and vomiting in their own beds, they left their home to sleep away from the cell tower.

Courtney and her kids make art in the form of posters to educate others about their experience being sickened and subsequently diagnosed with EHS.  They also regularly testify to their local city council and board of health, as well as state legislatures throughout New England, as they campaign for greater protection through cell tower setbacks, enhanced notification, and safer technology.

On February 2, 2022, after 546 days of suffering and being displaced, the Pittsfield Board of Health issued a cease and desist order to Verizon.  It was the first time in the history of the USA that a local board of health used their power against an actively transmitting, on-air cell tower to protect residents from health problems caused by microwave radiation.  Grateful for the Board’s solidarity, Courtney Gilardi and her family look forward to going home and sleeping in their own beds.  Read more at https://stoptower.com/ 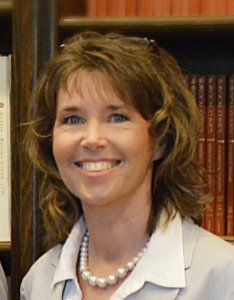 DR. STEPHANIE McCARTER, M.D. A member of the American College of Physicians, the Alpha Omega Alpha Honor Medical Society, the American Academy of Environmental Medicine, the International Society for Environmentally Acquired Illness. she is on the board of the National Association of Environmental Medicine. She graduated from Indiana University School of Medicine in 1993 and from Pepperdine University in 1989. She is board certified in Internal Medicine and currently practices Internal Medicine and Environmental Medicine at the Environmental Health Center of Dallas. She has sixteen years of experience working with world renowned environmental medicine physician, Dr. William Rea. She has been acknowledged for her work on Dr. Rea’s book, “Reversibility of Chronic Degenerative Disease and Hypersensitivity”, Vol. 1. and his recent book, “EMF Effects from Power Sources and Electrosmog”. She has extensive experience with electromagnetic sensitivity and has given multiple lectures and interviews on the subject, most recently at the virtual international EMF conference in January 2021. She is certified by the American Academy of Environmental Medicine as an expert in mold and mycotoxin diagnosis and treatment. She has extensive experience treating patients with bio identical hormone therapy. Dr. McCarter has built her own eco-friendly, low-electromagnetic-field home, consulting with well-known experts in healthy house building, including David Rousseau and Tang Lee of Canada, and Mary Oetzel. Read more at https://manhattanneighbors.org/mccarter/ 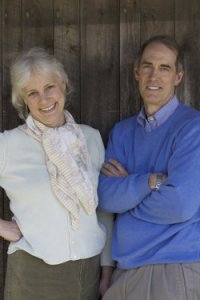 DOUG & PATTI WOOD are the founders of Grassroots Environmental Education, a New York-based award-winning environmental health non-profit founded in 2000 with a mission to educate the public about the links between common environmental exposures and human health, and to empower individuals to act as catalysts for change within their own communities.  Patti is an author and Visiting Scholar in the College of Nursing and Public Health at Adelphi University and Doug is a political/legal strategist and media specialist.  They co-host the nationally syndicated radio show, Green Street Radio, where listeners hear science-driven information from expert medical professionals and researchers about how to protect themselves and their families, as well as how to protect and preserve our critical natural resources for generations to come.

Cell phones, wireless technologies and radiofrequency (RF) radiation are some of their current areas of major concern.  They address them in comprehensive programs, including The BabySafe Project www.babysafeproject.org  TechSafe Schools www.techsafeschools.org and Americans for Responsible Technology www.americansforresponsibletech.org