FROM THE LITERARY TO THE DRAMATIC: Devising New Work From Extant Text 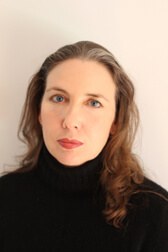 The Ghost Road Company’s development process begins with an existing text and a question. This question attempts to break open the text in order to explore those elements that are relevant and immediate to our contemporary society and personal experiences. Katharine Noon, Artistic Director of The Ghost Road Company, along with other members of the ensemble, will take participants through the initial phases of their development process. Armed with the text and a burning question the participants will be guided through and participate in image, idea, and text research and discussions. They will be introduced to the company’s group writing techniques and the engagement of the emerging ideas and themes through improvisation, physical theatre techniques and composition. As part of generating this new material, participants will also explore the visual and aural world of the piece through instant design and use of music and sound as well as developing character and narrative. The goal of the workshop is for the participants to coalesce into a working ensemble over the course of the week and to generate material that can be assembled into a preliminary workshop performance.

Katharine Noon is Artistic Director of the Ghost Road Company, which she co-founded in 1993. Most recently she has been serving as a collaborating artist and performer in Ghost Road’s STRANGER THINGS – which will be performed as the final show in the Ko Festival this summer.

Katharine conceived, wrote and directed Home Siege Home, an ensemble devised adaptation of The Oresteia. She also developed, co-wrote (with Tamadhur Al-Qeel) and directed The Four Dervishes at 24th Street Theatre and Los Angeles Theatre Center. Katharine conceived, wrote (with Chris deWan) and directed The Clytemnestra Project, an ensemble-devised adaptation of Agamemnon; a collaboration between Theatre of NOTE and the Ghost Road Company. One segment of that project, CLYT AT HOME, was performed at the Ko Festival in 2003.

Katharine was a collaborating artist and performer in Resa Fantatiskt Mystisk in collaboration with Burglars of Hamm. The piece premiered in Los Angeles and performed at the NY, Seattle, and Edinburgh fringe festivals and won two Backstage West Garland Awards for playwriting and acting and was nominated for Production of the Year by LA Weekly. Katharine was one of the co-founders of the Edge of the World Theatre Festival (1999-2005). She is a former member of the Board of the Network of Ensemble Theaters (NET) and is currently an associate professor in the Theatre Department at Loyola Marymount University.

ABOUT CHRISTEL JOY JOHNSON
Christel Joy Johnson became a Ghost Road Company ensemble member after playing the part of Electra in their 2007 production of Orestes Remembered: The Fury Project. After graduating from San Francisco State University with a BA in Theatre Arts, she moved on to work with Arizona Shakespeare Festival. A few roles there included Olivia in Twelfth Night, Lucius Andronicus in Titus Andronicus. She has also been seen in LA based Moving Arts productions of Infinite Black Suitcase and The Car Plays. In 2008 and 2009, she portrayed both Elektra and Athena in Ghost Road’s Home Siege Home trilogy at [Inside the Ford], as well as the various parts of the trilogy at the Getty Villa and on tour.

ABOUT MARK SELDIS
Mark Seldis is Producing Director of The Ghost Road Company with whom he co-created and directed the workshop productions of Excavate the Monster at 24th Street Theatre and Duck[t] Tape Soup at Shakespeare Festival/LA and the Diavolo space. Mark also produced the tour of Clyt at Home to Amherst, MA, the various incarnations of Ghost Road’s Four Dervishes and the ensemble’s Oresteia adaptation in Los Angeles and on tour. In 2007, on behalf of Ghost Road he helped coordinate the Los Angeles productions of Suzan-Lori Parks’ 365 Plays/365 Days and co-directed Ghost Road’s week of the play. He has directed world premieres of two of Ken Urban’s plays (Absence of Weather for Moving Arts at LATC in 2005 and Nibbler for Theatre of NOTE in 2009) and he directed one of The Car Plays for Moving Arts. From 2005-2007, he directed the LA Stage Alliance’s Ovation Awards Ceremony at the Orpheum Theatre. Mark was the Managing Director of The Actors’ Gang from 1990 to 2001 and produced over twenty of their plays . With the Gang he also co-directed Comings and Goings: An Evening of Beckett One-Acts and directed Cintra Wilson’s XXX Love Act, for which he won a Backstage West Garland Award for Best Direction. He also works in film, having served as Unit Manager on BOB ROBERTS and Associate Producer on DEAD MAN WALKING, and co-producer of the short film TURBANS for PBS and the low-budget feature THE WIZARD OF ID. He currently serves as Production Manager, Education at The Los Angeles Music Center.

ABOUT BRIAN WEIR
For Ghost Road: Orestes Remembered: The Fury Project, Four Dervishes, Carrots for Hare, Sigismund, and the Duck[t] Tape Soup workshop. In 2008 and 2009, he portrayed Hermione in Ghost Road’s Home Siege Home trilogy at [Inside the Ford], as well as the various parts of the trilogy at the Getty Villa and on tour. Other LA Theatre includes: Zanna Don’t, Floyd Collins, The Bungler, Cabaret, Company, And the World Goes Round, Catch 22 (all for West Coast Ensemble). The Break Up Notebook, Mommy Mommy the Musical Musical (Hudson), Infinite Black Suitcase, The Car Plays (Moving Arts), The Resistible Rise of Arturo Ui (Classic Theatre Lab), The Memorandum (Odyssey), All Soul’s Trilogy (Playwright’s Arena), Sleeping With the Ambassador (Collage Dance Theatre), What’s Wrong with Angry29th and Gay, Rapid Guy Movement, Spanish Fly, Out on a Holiday. TV: You may have seen Brian making over fashion victims on the Style network’s How Do I Look?. Brian has an MFA from CalArts.

Workshops will meet from 10 am – 4 pm, Monday through Saturday, in Studio I or Studio II of Webster Hall on the Amherst College campus in Amherst, MA.

Contact us to apply for limited pool of financial aid, or for discounts for KoFest workshop or intern alums, ATHE, N.E.T. (Network of Ensemble Theaters) members or staff/artists from TCG member theatres.

Optional room and board are available on the Amherst College campus for an additional fee.
Workshop housing is $200, for a single with a shared bath, in an Amherst College dorm. A meal ticket for the Dining Commons (delicious, healthy food, much of it local) is $182.

Studios, theatre, dining commons and dorms are all within walking distance.