Thank you to all our audience members, workshop students, artists, interns and staff for a FABULOUS season.

Stay tuned for the announcement of our 2017 offerings. In the meantime, be the first to know by signing up for our emails and joining us on Facebook & Twitter.

This season we celebrated Ko’s Silver Anniversary by bringing back outstanding artists from previous seasons to show us their newest work.

WEEK 1    July 8 – 10, FRIDAY, SATURDAY & SUNDAY at 8pm
We started our opening weekend with a GALA ANNIVERSARY CELEBRATION featuring a “KO KABARET” a big party where loads of your Ko Festival favorites will perform 5-15 minute pieces. Ko alums from as far away as San Francisco and as close as Amherst performed in a different lineup each night.  (Read more…)

SUNDAY, JULY 10 at 4pm
NACL THEATRE  brought us THE LITTLE FARM SHOW, a piece what New York Times called “the greatest show on dirt” – with puppets and live music, for all ages. (Read more…)

WEEK 2    July 15 – 17
festured SARA FELDER, who is perhaps America’s  favorite queer Jewish  juggler & solo performance artist.  She made IF I CAN’T JUGGLE, IT’S NOT MY REVOLUTION especially for us – a compendium your favorite bits from shows she brought to Ko before, and lots of new material. So many people have asked us to bring her back — and now the time is ripe! (Read more…)

WEEK 3    July 22 – 24
SANDGLASS THEATER Artistic Director ERIC BASS, after 30 years, is passing the puppets from his signature piece AUTUMN PORTRAITS into new hands. The result: a new piece, WHEN I PUT ON YOUR GLOVE, performed by his daughter SHOSHANA BASS. In it she wove together AUTUMN PORTRAITS material with contemporary reflections about the complicated nature of navigating generational artistic legacy. Guest Director GERARD STROPNICKY. (Read more…)

WEEK 4    July 29-31
SOKEO ROS, who performed last summer’s FROM REFUGEE CAMP TO PROJECT, returned, this time with the full EVERETT ensemble, to perform THE FREEDOM PROJECT. It is  a stunning multimedia physical theater piece that interweaving gripping personal stories, evocative imagery, and athletic choreography in an examination of mass incarceration in America. It’s a work that calls upon our common humanity to challenge the conditions that have transformed the “land of the free” into the most incarcerating country in the world.

Each performance of FREEDOM PROJECT ws followed by a FREEDOM CAFÉ, a public forum featuring artists, activists, and community members who came together to spark dialogue about this important issue. (For details, read more…)

WEEK 5   August 5 – 7
The Performance Project’s “FIRST GENERATION ENSEMBLE,” a diverse group of young artists from Springfield, returned to Ko with the premiere of a new piece TENDERNESS. a multi-lingual, physical theater piece, that underscores the connections between racism, the school-to-prison pipeline and mass incarceration in contrast with the eternal power of human tenderness and connection. (Read more…)

PERFORMANCES, unless noted, are  Friday and Saturday at 8pm and Sunday at 4pm in the Holden Theater on the Amherst College Campus.  Performances are  accompanied by lobby displays that contextualize the work, and dynamic post-show discussions that are an opportunity for civic dialogue. 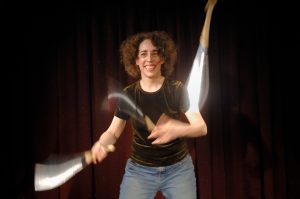